My Take on the Current State of Automated Transit Networks

For the past five years, ATNs have been eclipsed by two different hype cycles (see: https://en.wikipedia.org/wiki/Hype_cycle). Driverless cars is one, and Transportation Network Companies (Uber, Lyft). These have been sucking the air out of the room for PRT and GRT. When cars have gotten so much easier to hail and will imminently be driving themselves, why bother building guideways? This has diverted a lot of the attention and resources which might otherwise have been directed towards ATNs.

(This is somewhat ironic, perhaps, given that PRT in the past has been accused of diverting attention and resources which might otherwise have been directed towards traditional mass transit.)

I think the situation may be changing, however. For both TNCs and driverless cars, the hype cycle has peaked and we are now sliding into the “trough of disillusionment”. It’s becoming increasingly clear that Level 5 automation is still a number of fundamental breakthroughs away from happening — not just technological breakthroughs, but regulatory and sociopolitical breakthroughs — and that there is no no predictable timeframe for when this will happen. (Elon Musk says it will be soon, but few people believe him.) And without Level 5 automation, TNCs simply don’t have a viable business model. So as some of the air goes out of those trends, it may make more room for ATNs.

This is by no means guaranteed, however. If the ATN industry is to succeed, it must be on its own merits, without depending on the waxing and waning fortunes of other industries. In particular, the ATN industry needs to positively differentiate itself from driverless cars – which eventually will happen, albeit more slowly and in a more limited capacity than is commonly advertised.

One trend which could allow ATNs to differentiate themselves is the growing movement towards pedestrianisation, (see: https://www.fastcompany.com/90294948/what-happened-when-oslo-decided-to-make-its-downtown-basically-car-free). This is something that driverless cars are obviously incompatible with, but ATNs could be very complementary in such context. Note that this requires ATN planners to think not just in transport-planning terms, but in more holistic urban-design terms.

A final positive trend that I see is simply all the ferment around TNCs, electric bikes, scooter-sharing schemes, and so forth. These could be complementary to ATNs in various ways, but the key thing is that there is now more ferment in the way people are thinking about urban mobility and urban design than at any other time in the past 70 years. Until recently, a major barrier to implementing ATNs was the sense that cities were destined to remain static; the ways we did things wouldn’t change. Now there’s a pervasive sense that they will change and are changing. This belief in itself is a positive development for the ATN industry.

Will the ATN industry be able to capitalise on this effectively? I hope so, and I know of a number of very promising projects that are in early-to-medium stages of development. But I’ve seen many false dawns before, so my optimism is tempered. It won’t really count until some of those projects get across the finishing line and begin operations. I’ll be holding my breath until then. It’ll be a few more years before we can tell for sure. 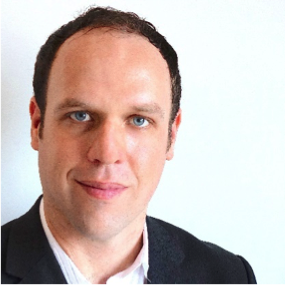